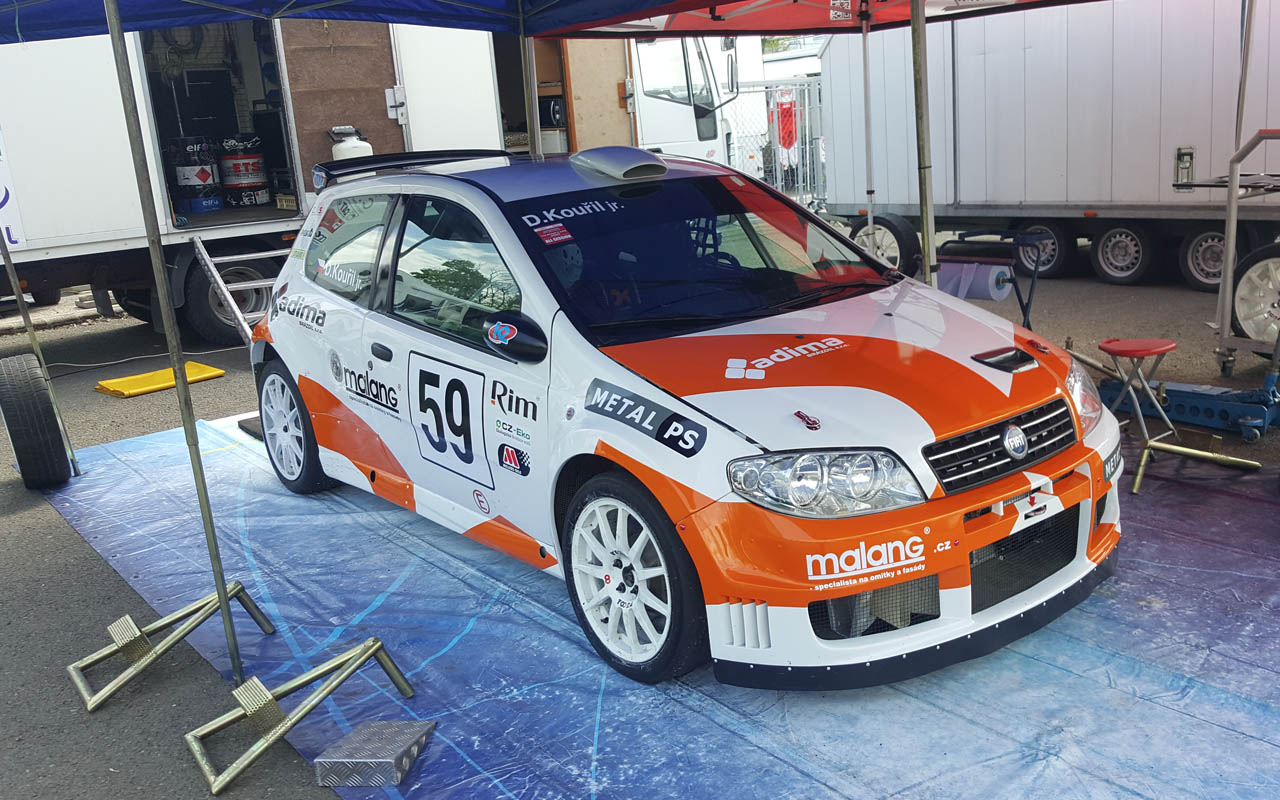 In the last weekend in April we went to Hungarian Hungaroring, the first Central European Zone Championship and the first round of the Czech Circuit Championship. Dušan officially participated in his first big car race and this great premiere was reinforced by the fact that our drivers race was an accompanying program of the unofficial WTCR , which was also here.

The whole team arrived on Wednesday evening, because the WTCR-powered program was the only free practice on Thursday. Because Dušan never went to Hungaroring, we took advantage of this free practice, and the native of Tluumačov appeared on the track three times in total three times. Everything was good for the driver and the car, so the Friday training was just a routine. Dusan showed great maturity and serenity for his age, with three quick laps enough to dominate his class to 1600cc and set a total of eleventh time between two-liter cars (32 racers).

So our driver was looking forward to the first Saturday race where he had clear instructions to stick to his class and not to interfere with the two-liter cars. This instruction filled Dušan completely, but in the third round came an ice shower. One of the drivers with a stronger car in front of Dušan incomprehensibly pushed on  the car ahead and swung it uncontrollably. Unfortunately, Dušan could not avoid him anymore and at a great speed there was an impact and a considerable damage to the car. Thanks to the great stupidity of this rival, our team could not take part in the Sunday race and we probably will not even be able to repair the car in the upcoming Redbullring business. Of course, the whole team is working hard to return to the racetrack as soon as possible, and we are so excited that we will be riding our rivals on Poznań, Poland.