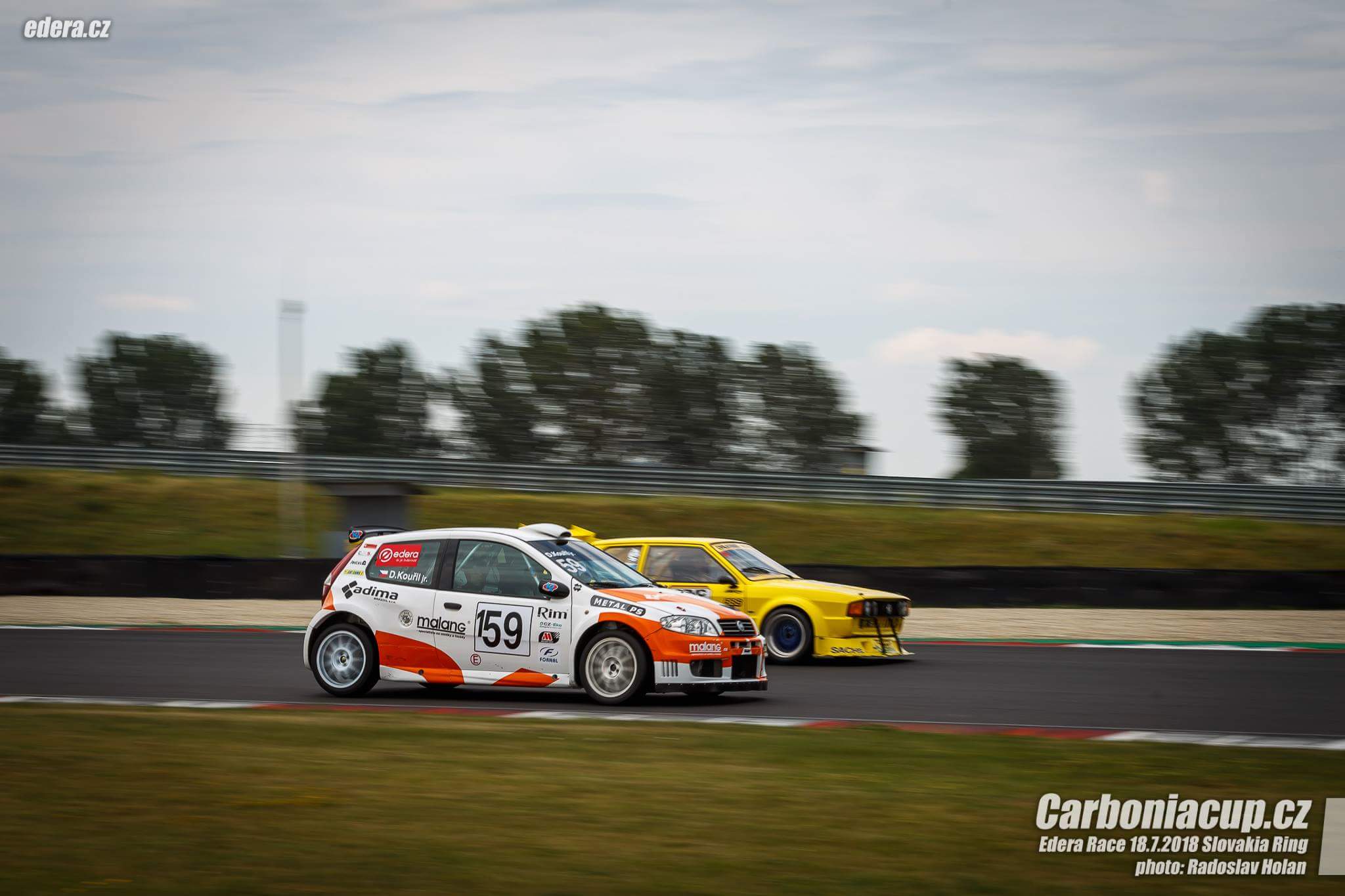 Another race of the popular Carbonia Cup series took place in the nearby ring road near the capital of Bratislava last week. The team used the opportunity to try the car after the crash at Hungaroring. This time with less than expected competitors in our class, Dusan took rather this race as a test of a newly repaired car. The fact that it all worked at the first place is a junior victory, between 1600 cc and even between two liters. On the rain-drenched Dušan track, some of the pilots with cars with a volume exceeding the capacity of our Punta engine were tormented and so it turned out that everything on the equestrian side was all right.